Nancy returned from 2 weeks in Puerto Rico where she participated in building very unique-style houses. Earthship is a type of passive solar house that is made of both natural and upcycled materials such as earth-packed tires, liquor bottles, beer cans, cardboard, and wood pallets, pioneered by architect Michael Reynolds.

Earthship structures are intended to be "off-the-grid-ready" homes, with minimal reliance on public utilities and fossil fuels. They are constructed all around the world to use available natural resources, especially energy from the sun and rain water. 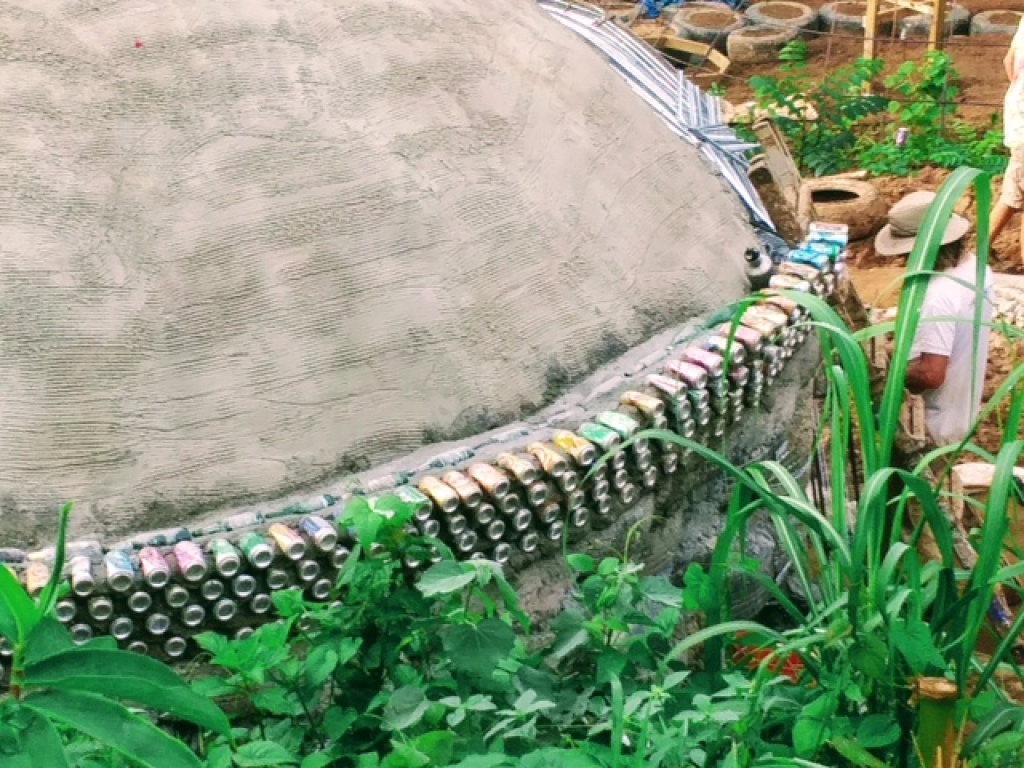 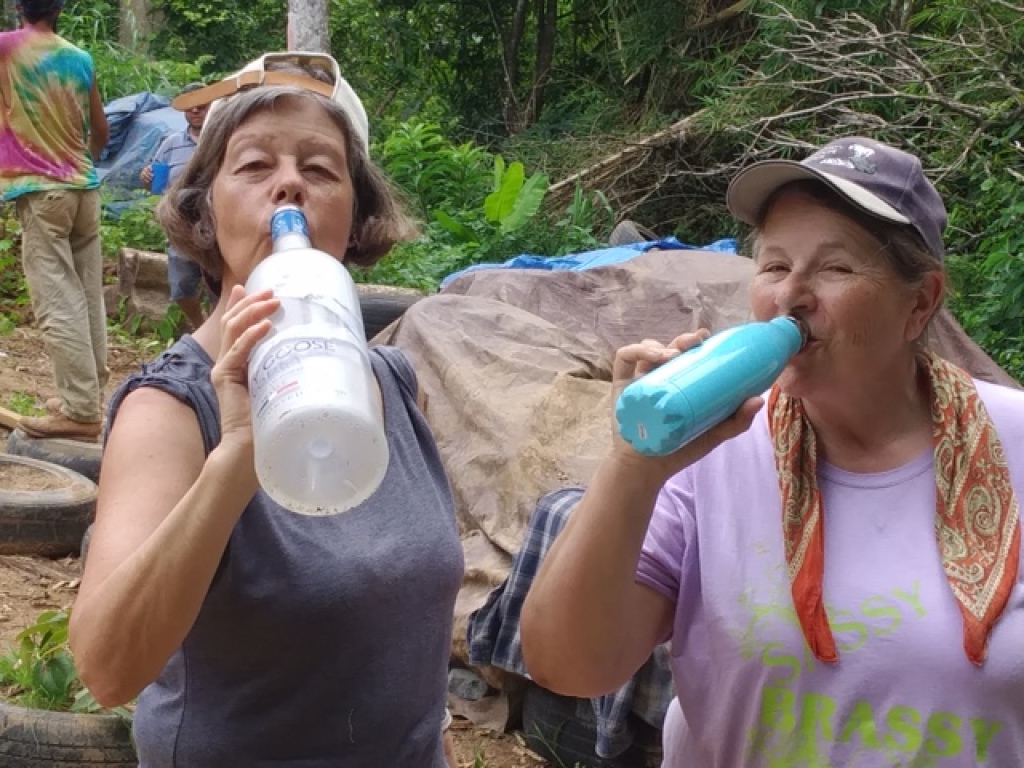 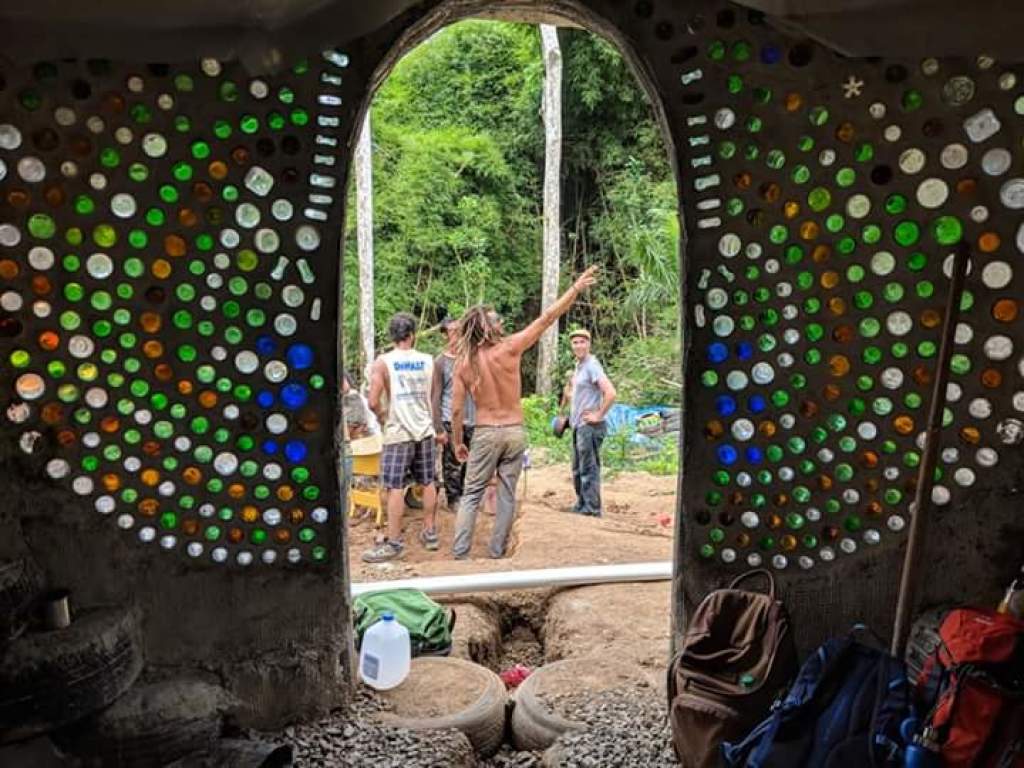 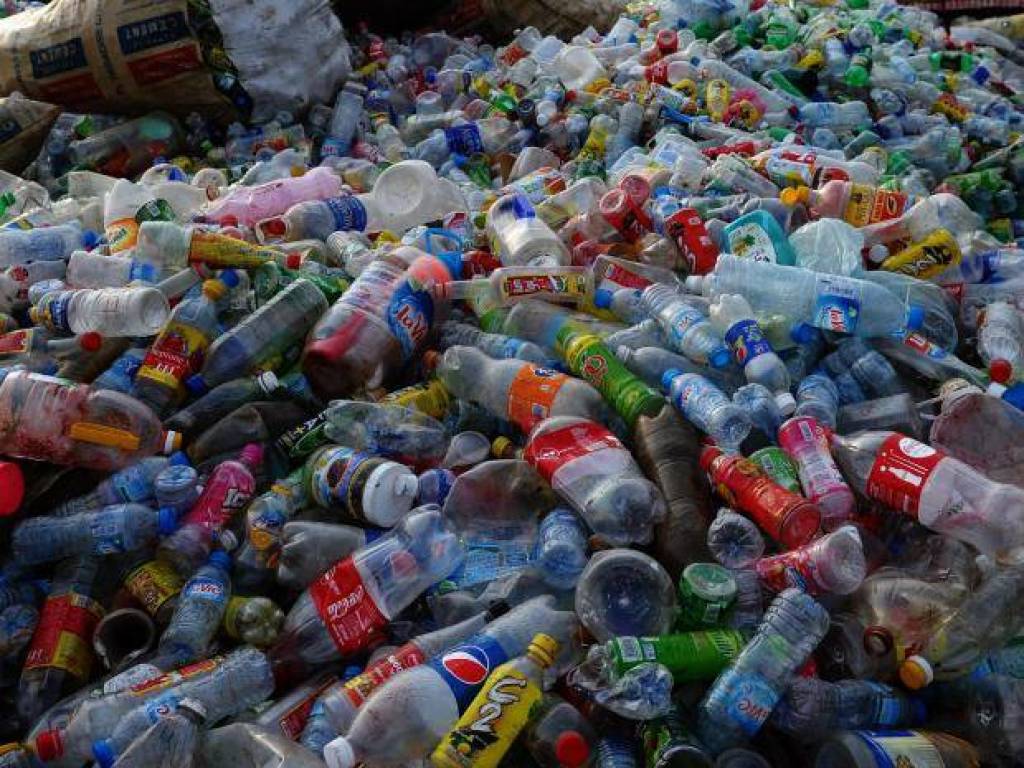 Due to the tremendous amount of trash and little money and high unemployment, it was proposed to the Haitian people that they try to build a wall between the school and church made from recycled plastic bottles which are filled with sand, i.e., “eco-bricks”. The idea was well received and two walls were constructed in the most basic way—lying bottles horizontal in rows, held together with mortar, one on top of the other. Adults and children took part in collecting and constructing.

Next, it was decided to move forward with a small 10’x 10’ building which was built with a strong foundation, concrete columns and beams reinforced with rebar.
The bottles act as filler (insulation) in the walls and then the outside was covered with cement stucco. 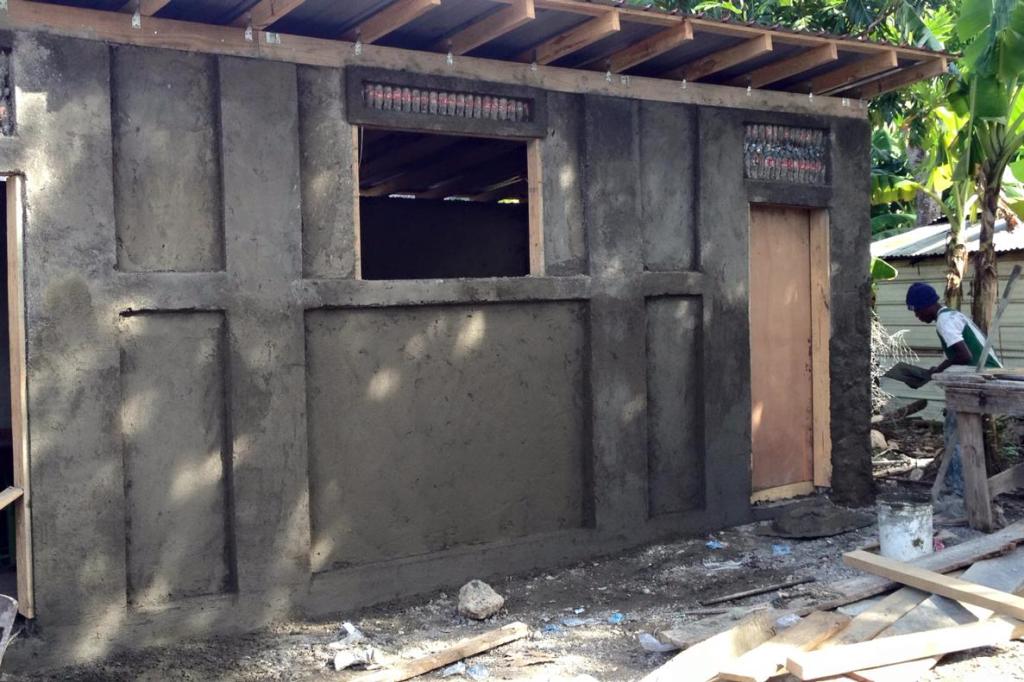 The people liked the idea but did not like seeing the bottles inside. It was not financially feasible, though, to stucco both sides of the wall. So we began to see if this idea was being used in other areas of the world.
In South America, similar but much larger buildings are being built but using chicken wire to hold and stabilize the bottles.
A lot of planning went into planning the construction of 12’ x 24’ buildings. In October 2017, five members of our church and community assisted in the building effort along with dozens of Haitians.
The first building is nearly finished and the second one has begun. 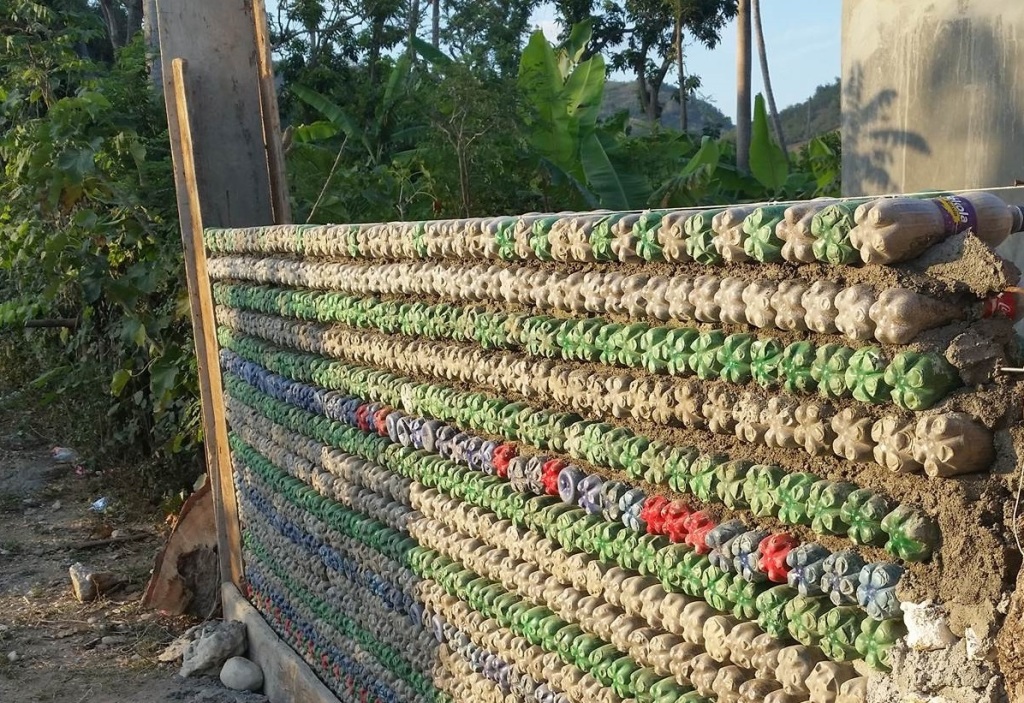 Bottle buildings are an efficient and environmentally-conscious way to build. Reusing plastic waste cleans the community and encourages the the community to work together to collect the thousands of bottles necessary to build. Teachers can use this effort to talk to their students about reducing, reusing, repurposing and recycling in an effort to motivate them to turn trash into something useful.
Overall, we felt the pilot project to be successful, but it has many areas where it can be perfected. 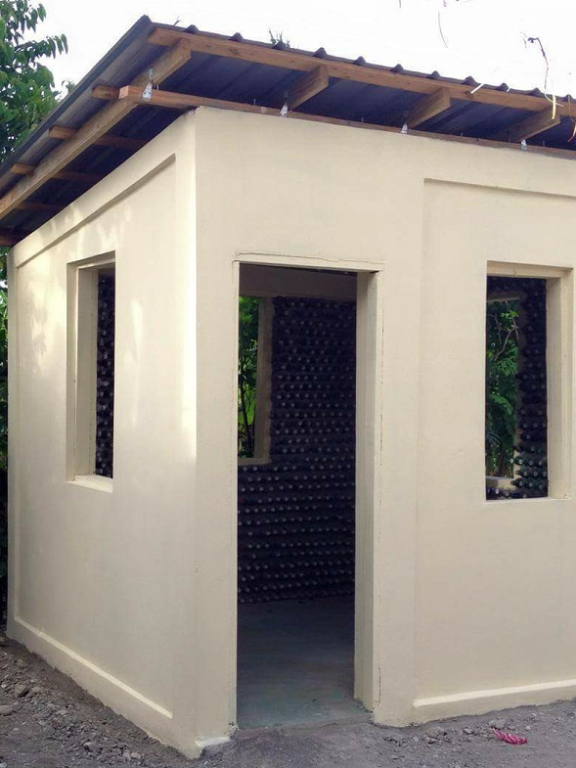